Uruguay’s capital, Montevideo, was hit by a downpour earlier this week, leaving streets submerged after more than a month of rain hit the region within hours.

Torrential rains in the capital of Uruguay

According to Accuweatherdowntown Montevideo saw between 2 and 4 inches (50 and 100 mm) of rain, with Canelones, about 25 miles (40 kilometers) to the north, receiving up to 5 inches (120 mm).

Carrasco, a neighborhood on the east side of Montevideo, received the most rain, falling 6 inches (147 mm). Most of the rain fell over a two-hour period early Monday, according to Uruguay’s weather bureau, Inumet.

During the whole month of January, the capital of Uruguay received an average of 74 mm of rain.

On Monday morning, residents awoke to see city streets flooded with cars and other debris after heavy rain, thunder and lightning the previous night failed to wake them. Rapid floodwaters threw debris, including a dumpster, onto a roadway.

At the National Fire Department, phone lines were overwhelmed with simultaneous calls for help, according to the MercoPress news agency, which covers Latin America and the South Atlantic region.

Nearly 150 requests for evacuation and 37 reports of downed trees had been received by firefighters by noon. The power cuts affected around 12,000 people.

On Tuesday morning, the official Twitter account of the city of Montevideo shared photos of delivery teams bringing beds and cleaning supplies to different parts of the city.

The extraordinary event required the use of all city resources, officials said. Piles of debris on the roads were cleared by bulldozers.

A day after the heavy flooding began, it was reported that no one had been killed or injured as a result of the incident.

Abnormally dry land caused by a prolonged drought no doubt contributed to the severity of the floods in addition to the intense rains. When the rain falls as quickly as Monday morning, the soil’s ability to absorb water is reduced, leading to more runoff. 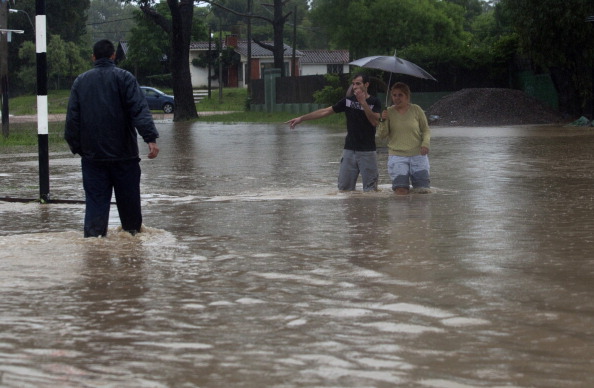 Over the past few weeks, South America has been hit by a series of extreme weather eventsincluding a historic heat wave in Argentina, Uruguay, Brazil and Paraguay and a tragic landslide linked to heavy rains at a tourist site in southeastern Brazil.

AccuWeather meteorologist Tony Zartman said rain and thunderstorms will continue to move through the region for the rest of the week, and further amounts of 1 to 3 inches of rain, with locally higher amounts, are possible.

Zartman warned that while the heaviest rains were to stay away from places already devastated by flooding, it wouldn’t take much rain to cause further flooding.

Related article: Pacific Storm Train delivers another round of rain and snow in California

For more news, updates on torrential rains and similar topics, be sure to follow Nature World News!