More than 150 representatives from 80 mainstream media organizations from over 40 countries and regions participated in the online and offline forum.

“Over the past eight years, thanks to the concerted efforts of all involved, the Belt and Road initiative has grown from idea to reality. It has become the biggest and most comprehensive platform for international cooperation in the world, ”said Xu Lin, Minister of Information Office of the State Council of China, during his video speech. “It will bring enormous opportunities and rich dividends to global development.” 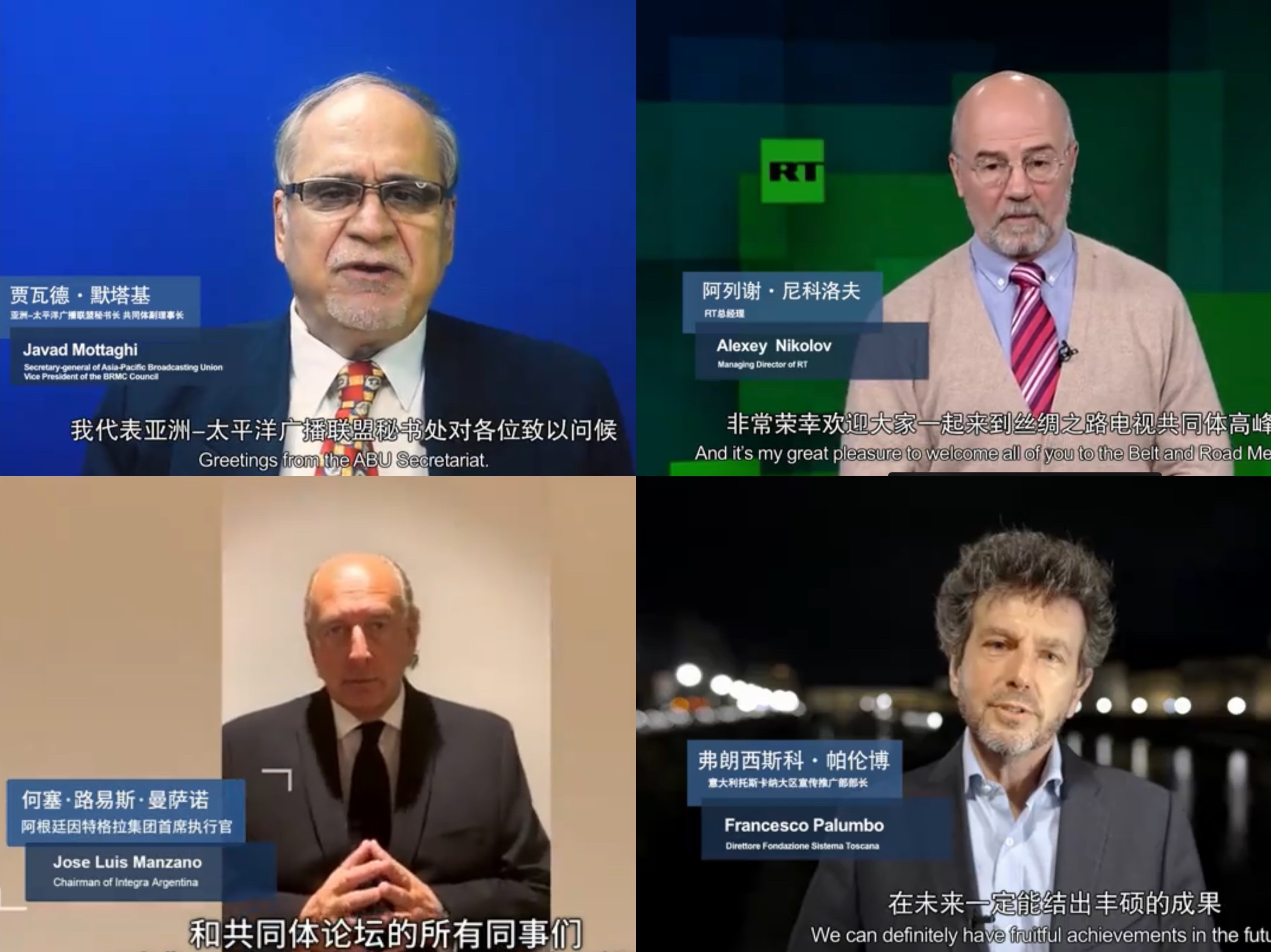 More than 10 heads of overseas media organizations gave their speeches via video at the 2021 Belt and Road Media Community Summit Forum. / CMG

More than 10 heads of overseas media organizations gave their speeches via video at the 2021 Belt and Road Media Community Summit Forum. / CMG

Heads of more than 10 foreign media organizations gave their speeches via video, including the secretary general of the Asia-Pacific Broadcasting Union, the general manager of Russia Today and the president of Integra Argentina.

According to its official website, the Belt and Road Media Community is the world’s first international media alliance to focus on the Silk Road and target all forms of media. The annual summit forum has taken place five times since the community’s inception in 2016. This year’s forum reviewed the community’s work over the past five years via video.